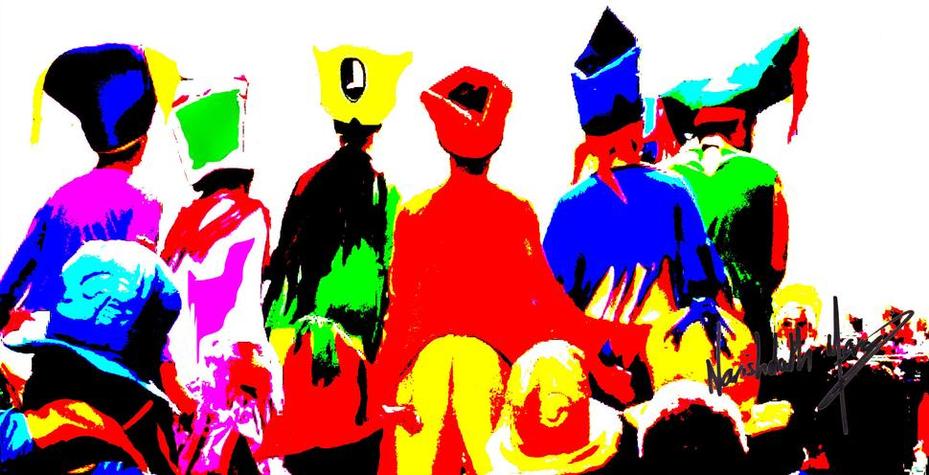 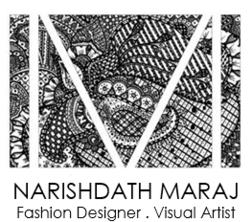 Artist and Fashion Designer Narishdath Maraj was born and raised in Trinidad and Tobago. At the age of 17, he left home to attend Fashion school in Fort Lauderdale, Florida. Then, he worked for Club Med Resorts, where he designed costumes in Florida, Turks and Caicos, Turkey, China and at sea on board the MSV Club Med 2. Now, he has opened a Visual Arts and Fashion Design company in Toronto that focuses on Upcycling and Textile Waste Reduction .

If this was all there is to say about Narishdath, HIStory would already be quite remarkable. But like HIS art, there is more to HIStory than meets the eye.

As a young man, Narishdath found his space for artistic expression through painting, drawing, designing costumes and dancing. What started during childhood as fun designing clothes for his sister, Gayatri's dolls using old Saris, curtains, and old clothes, this culminated many years later with his first fashion collection.

His journey lead him to design a unique fashion collection titled ‘Rajavidya Empire’. For inspiration, he drew on his East Indian background. This ‘Royal’ collection featured clothes and costumes, that fused traditional Indian fabrics, draping, and colors; with English styles and silhouettes that harkened back to the days of the old Empire, upon which ‘The Sun Never Set’. This collection was created by upcycling used Saris and other textile materials. It was a great success.

In the fall of 2011, Maraj parlayed the success of his collection into a full-time position as the Costume Designer for Club Med Resorts. HIS designs there were mainly for theatrical productions, and Maraj designed for dance, circus and Broadway-style shows in the United States, The Turks and Caicos Islands, Turkey, and China. He then moved on to be the Set Designer and Decorator on board the largest sailboat in the world: MSV Club Med 2. During HIS time designing for theatrical productions, HIS creations were featured in over 20 Shows and seen all over the world.

In 2016, Narishdath Maraj chose Toronto to open Narishdath Maraj Design Inc. a company focused on creating Visual Arts and Fashion Design with a focus in Upcycling/Repurposing textiles. In 2018 he returned to the world of Academics to pursue a Bachelor of Design in Fashion Communications at Toronto Metropolitan University (formerly Ryerson University). He graduated with Distinction in the Spring of 2022.
​

Maraj Presented his first Solo Exhibition of Abstract paintings in the fall of that very year. He has since been a part of the 'For the Love of Art Exhibition' in Niagara on the lake, at 'Gallery Hittite', the 'Art Hub' at the Art Square Gallery in Toronto. The 'Carmel Fine Art and Music Festival' in Niagara Falls and many other art shows in Toronto.

HIS art is like HIS life story: Abstract. Complex. Meandering and Beautiful.​